Why the Save VCA campaign is a great case study

More than 500 union leaders, campaigners and organisers subscribe to my email newsletter. 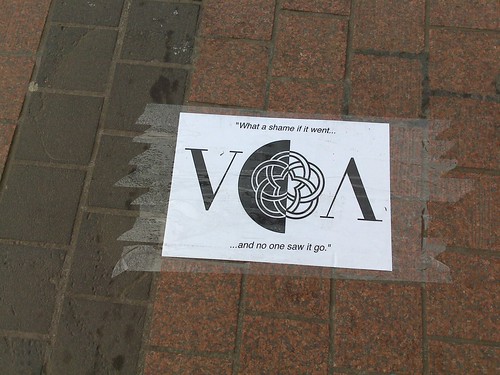 The Save VCA campaign a few moments ago reached 10,000 Facebook fans.

In less than a fortnight, over 5,000 people have signed the paper Save VCA petition.

Over 1,000 people attended a rally with Geoffrey Rush as a speaker, after a week of flashmobs and other semi-spontaneous artistic performances.

Earlier this week, the Save VCA made the front page of one of Australia’s largest daily newspapers, after getting stories in every major paper every few days for a week.

This campaign is a great case study for three reasons.

1. Excellent use of social media

If you want to see how social media can be used to coordinate hundreds – even thousands – of people, look no further. A key element of the “Save VCA Week” was a series of performances by VCA students. While these were organised in the old fashioned way (meetings of students in the real world), they were publicised, recorded and disseminated using social media.

Furthermore, the number of participants in each performance was expanded from just those who actually performed. The audience became part of the action, through videoing the flashmobs, taking photos or sending on messages.

Organisers were also able to quickly spread messages and information in response to new events. For example, thousands of people could hear a rebuttal of what the University of Melbourne Vice Chancellor said in the newspaper, or what the Dean of the VCA said on the radio. Similarly, the organisers were able to direct supporters to new information.

The Facebook group, moreso than the official website, was the nexus for this. The generation of activists and supporters (16-35) are far more familiar with this social media tool than others (such as Twitter). They left comments, uploaded photos and recruited for the cause in doing so.

The amazing fact that the Save VCA Facebook campaign has reached 10,000 fans in only a few weeks is a testament to both the strength of feeling that people have for the VCA, but also how useful social media can be.

The message above was partly about how campaigns need to “let go” control and give it over to supporters and activists. The Save VCA campaign however was characterised by a tight discipline amongst the main organisers and spokespeople.

Key messages were developed early on and given to celebrities and other supporters likely to be interviewed by the media. A central spokesperson (Julia Zemiro) was approached and briefed. The key messages have remained consistent in theme, although been flexible enough to respond to new circumstances. 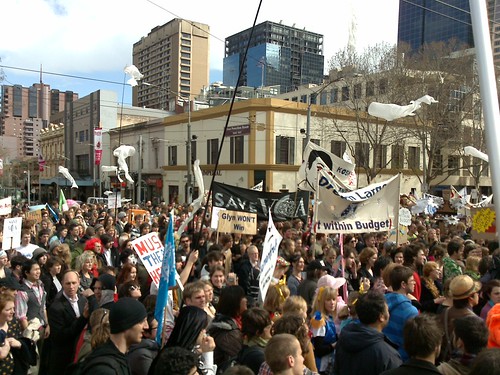 The VCA straddles the arts and education industries. It is a unique institution in Victoria, and the centre of Melbourne’s arts establishment. Actors, film producers, stage hands, puppeteers, set designers, musicians, and more are trained at VCA. Galleries, theatre companies and orchestras rely on VCA graduates.

Early on, the Save VCA campaign identified sympathetic organisations. Campaign coordiantors used existing industry contacts, as well as making blind approaches. A lot of work was done quietly behind the scenes to build these alliances because the campaign could be perceived inherently as political (and thus controversial).

Facebook, the website and other social media networks were also useful in linking supporters and organisations with the campaign.

Join over 580 union leaders and campaigners who subscribe to my fortnightly(ish) newsletter.